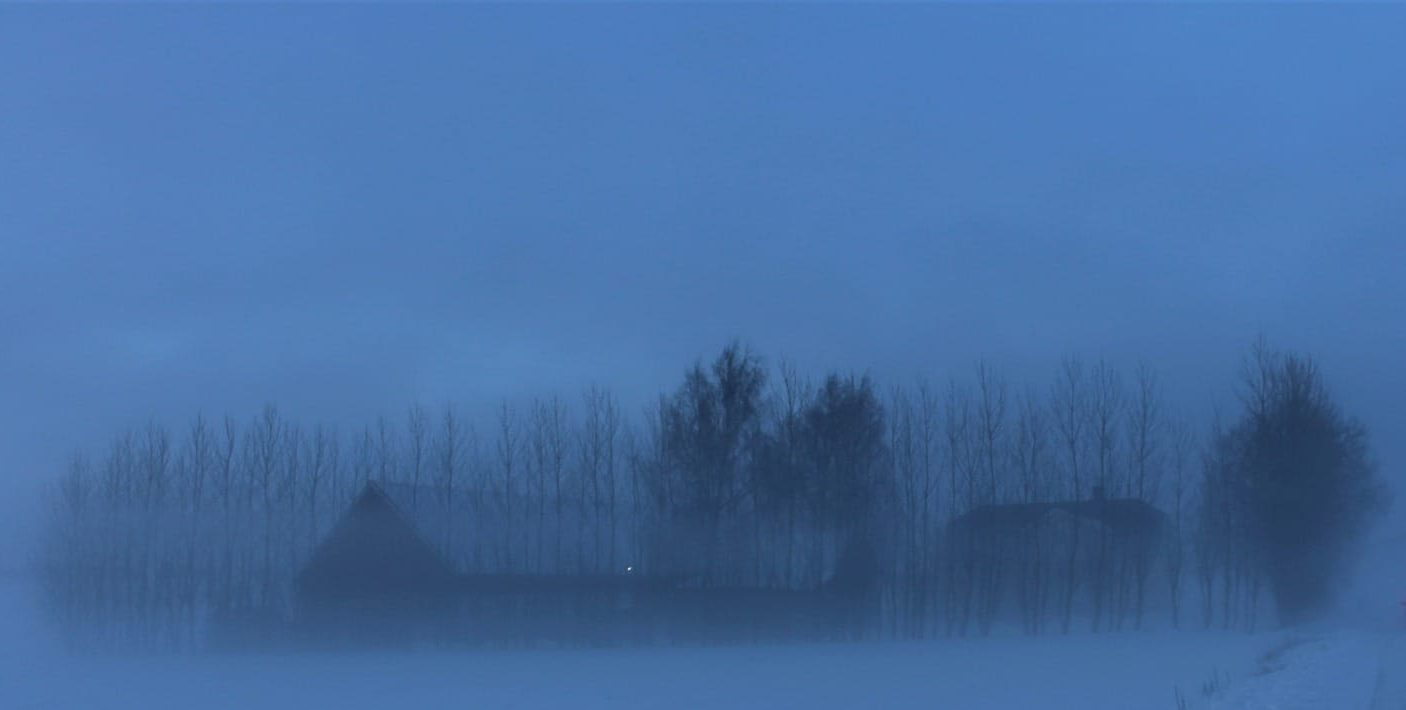 Across the Dark and Swirling Field

On January 26, 1978, my family wakened to the nightmare of the “White Hurricane.” The strange fog of the previous evening had turned overnight into an unseasonable thunderstorm. Then, as the temperature plummeted in the early morning hours, the rain changed to sleet, coating everything with ice. Cars and trucks spun into ditches. Power lines snapped. Transmission towers crumpled.

Last came the snow, about a foot of it, driven by sustained hurricane-force winds. They gusted up to 100 miles an hour, ripping off roofs, blowing out windows, toppling trees, and bringing down hundreds of utility poles. They created drifts deep enough to bury a semi on the turnpike. The trucker survived in his cab by eating snow until his rescue six days later.

By candlelight that morning, I watched my mother pack a picnic hamper with food for my father and older brother David. Bundling themselves into winter gear, they aimed to walk three miles across the countryside through the blizzard to our farm. Crazy, right? But they had to preserve our swine herd, our family’s only source of income. When they disappeared out the door into the churning white, I didn’t know when, or if, I’d ever see them again.

I was sophomore in high school. Realizing that the electricity in our house wouldn’t be restored soon, I went to the cellar with my younger brother Barry to crank up the wood-burning furnace. Our hearts fell when we walked into the furnace room. Typically stacked full of wood in mid-winter, it was empty except for a few chunks, all too fat to fit through the furnace door. We had no tools to split them.

We thought then of the modest pile of firewood behind the house, fuel used on rare occasions when we burned the fireplace in our den. I offered to retrieve some.

As I stepped out the back door, the brutal cold shocked my system. Even protected by my neck gaiter and woolen scarves, my lips turned numb. The bitter air so cut my lungs, I tried not to breathe. The wind chill, I learned later, was sixty below.

Ahead of me was a vague heap of white within the white of the blizzard: the woodpile, ranked against the rear of the house, just before the ground dropped fast away toward the river. I was so close to it! But the wind was so strong against me, I couldn’t advance.

I circled back around the house to approach the pile from the opposite direction. As I came around the last corner, the gale grabbed me like a rag doll and skated me across the icy ground. At the wind’s mercy, I spilled hard, time and again, and skidded a ways down the slope on my belly or my back before stopping. I was terrified that if I slid all the way down the steep hill, I’d never be able to climb back up.

Somehow I finally made it to the pile. My frantic hands burrowed into the snow, only to discover that the pieces of wood were encased in ice, as if in cement. I pounded at them with my gloved fists. I kicked them with my boots. It was useless. There would be no fire to keep us warm.

Mom, Barry and I sequestered ourselves in a closed room beneath quilts and blankets. Our breaths were frosty plumes. We rationed our food and candles. When the radio died, we listened to the rattling of the house’s bones, wondering about Dad and David.

Late on the blizzard’s second day, the storm subsided.

On the third day, we heard the distant roar of a snowmobile. We hurried to a window and scratched the frost off the pane to look out. When the sled skied into our yard, I teared up with relief. The man aboard was one of many volunteers dispatched from town to check on rural residents.

The next day, by magic, a small load of firewood appeared at our door. But our house was still nippy when Dad and David arrived home, stiff and shivering, so exhausted they couldn’t think straight. The morning they’d vanished into the blizzard, they became disoriented almost at once. What saved them was bumping up against a neighbor’s barn, less than a quarter mile from our house. The neighbor delivered them safely to the farm on his monster tractor. They labored without rest to keep thousands of animals alive until danger was past. Dad, a giant of a man who never cried, sobbed himself to sleep. The whole house trembled with the sound of it.

Today, almost 43 years after Ohio’s “Storm of the Century,” it’s blizzarding around my house here in South Dakota. And that’s not the only storm raging. As I consider the troubles in our nation, sometimes I feel like I’m back on that frozen slope behind my homeplace, desperate for wood, unable to breathe deeply, buffeted by the wind, powerless to break through the ice.

Back in ‘78, I often peered out across the dark and swirling field toward the Martins’ house, set back a long lane. Was that a glimmer of light in our old friends’ window? By some miracle, was their power back on? Were they enduring the blizzard, poor health and all? (They survived in the shelter of their chicken barn.)

Now, my friend, I’m peering through my snow-covered windows, keeping watch for you. And look, what do I see across the dark and swirling field of our shared life? Bright light, gleaming from all your windows! Your power isn’t back on—it was never knocked out in the first place. No storm will ever put it out, because your truest power, like mine, springs from love. And of that power source we have an infinite supply, within and beyond all the vicissitudes of this world.

(Image by Lena Lindell from Pixabay)