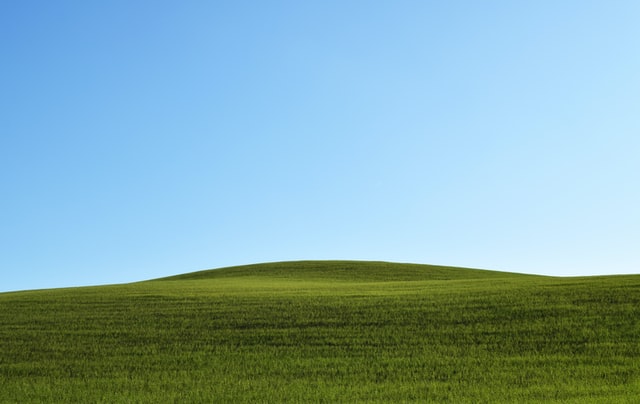 And the Sky Leaned Closer

Note: In our last edition of Staying Power, I told a story about how stars had come to be in the night sky. In response, a reader asked me how the daytime sky had come to be blue. So, here’s a sequel to “Lighting the Way Home.” (Missed that story? Read it here.) I’m especially happy to share this today as a birthday gift to my dear husband, Jihong. It’s also an “I love you to infinity and back” gift to our son Nathan, whose Chinese middle name, LanTian, means “wide open blue sky.”

By the time they returned to their home village, the girl had grown into a young woman, and her mother’s hair had turned silver-gray.

They were happy to be home again. Much had changed while they were gone. For one thing, of course, the night sky was no longer black black. It shimmered with the embers cast up from hearths all around the world.

One thing that hadn’t changed was the daytime sky. It was still white white, as it had been from the beginning of time.

To pass her days until her next adventure, which was surely coming, she liked to sit and knit atop the highest hill above her village. There she had a broad, unbroken view of the white white sky until the instant night fell, turning it black black, shimmering with stars.

Every day, all day long, she knitted. And, as she knitted, she painted the white canvas of sky with stories from her wanderings. And as she told her stories, the white white sky leaned closer, so as not to miss a word.

One morning, a spider eavesdropped on the woman. “I can’t knit,” the spider said to her, “but I can spin. Let me sit and listen to your tales, and I’ll help you. May I ask what you’re making?”

“I don’t know what I’m making,” the woman said. “Let’s work together and see. Why don’t you tell me a story?”

The spider started to spin. And the white white sky leaned closer to hear the spider’s story.

The next morning, a bird eavesdropped. “I can’t knit,” the bird said, “but I can weave. Let me sit and listen to your tales, and I’ll help you. May I ask what you’re making?”

“We don’t know what we’re making,” the spider said. “Let’s work together and see. Why don’t you tell us a story?”

The bird began to weave. And the white white sky leaned closer to hear the bird’s story.

The next morning, a cricket eavesdropped. “I can’t knit,” the cricket said, “but I can sew. Let me sit and listen to your tales, and I’ll help you. May I ask what you’re making?”

“We don’t know what we’re making,” the bird said. “Let’s work together and see. Why don’t you tell us a story?”

The cricket got to sewing. And the white white sky leaned closer to hear the cricket’s story.

So it continued, day after day. All kinds of creatures asked to listen and help, until the circle of makers ringed the entire hilltop.

The circle grew still wider. Even the animals who believed they couldn’t knit or spin or weave or sew begged to belong. Sitting among the makers, they learned they could do more than they knew, just as the young woman had learned from her mother.

And the white white sky leaned closer to hear every story that was told.

The circle of makers soon spread to the horizon, in every direction. It was one great company of two-leggeds and four-leggeds, winged ones and crawlers, even the unseen—spirits of those who had come before and those who were yet to be.

Growing in the middle of their circle was one great cloth, beautiful and blue, for that was the young woman’s favorite color, and she had been the first.

But this blue cloth was magic. Depending on where you stood, in what season, at what hour, in what weather, it seemed to change color. It could, in fact, appear to be any color in the world—or every color at once.

“I know what we have been making,” she said then.

“Come a little closer,” the woman told the white white sky, “and we’ll tell you the secret, too.”

The white white sky leaned so low to hear, it touched the lovely ground. And, at that very moment, the circle of makers lifted the edges of the great blue cloth and wrapped it around the sky’s shoulders.

The blue blue sky has worn it ever since.

So it is that we learned to make a shelter for us all.

Photo by Chris Barbalis on Unsplash