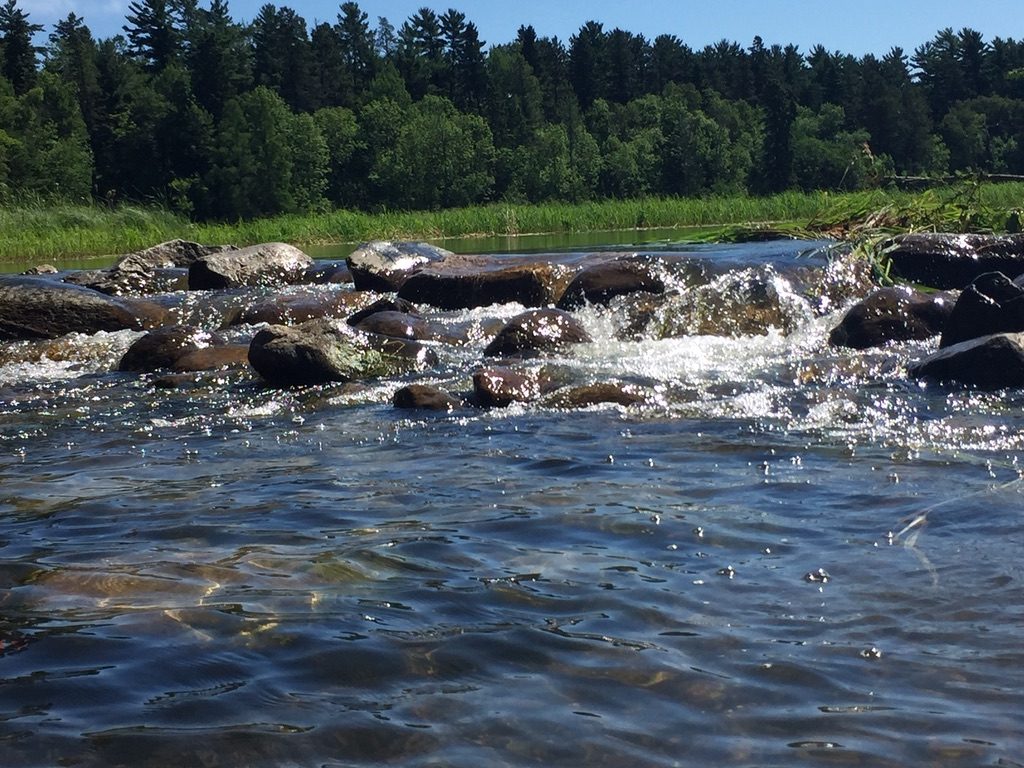 Last week our family took a collective breather at Lake Itasca State Park in north central Minnesota. It was our first time there. We camped. We hiked. We biked. We kayaked. And we learned why the pesky mosquito is Minnesota’s state bird—a joke that’s no joke.

Minnesota is famous as “the land of 10,000 lakes.” To be more precise, the state has 11,842 lakes. Itasca is pleasant enough. It’s situated right where the Great Plains meet the coniferous forests of the north and the deciduous forests of the south. You can see all three habitats in the state park. Otherwise Lake Itasca isn’t noteworthy, except as the headwaters of the Mississippi River. That’s right—from there, the mighty Mississippi flows all the way down to New Orleans and empties into the Gulf of Mexico, a meandering journey of over 2,300 miles.

Lake Itasca is in the traditional homeland of the Ojibwe nation. The Ojibwe call it Omashkoozo-zaaga’igan, or Elk Lake. On an expedition in 1832, the American geographer Henry Schoolcraft identified this small glacial lake as the primary source of the Mississippi. In typical colonialist fashion he then promptly changed its name to Itasca, an Indian-sounding word that he coined from Latin, meaning “true source.” Also in colonialist fashion, Schoolcraft forgot to mention that Ozaawindib, an Ojibwe man, had led him there.

Tribal historians say that the Ojibwe people thought Schoolcraft’s obsession with the exact starting point of the Mississippi was rather strange. To them, every part of the “Great River” had equal value. They helped him anyway.

Even now, during the pandemic, tourists are flocking to the little rock dam on the north end of Lake Itasca that officially marks the birthplace of the Mississippi. That dam, like the lake’s name, is not original. Back in the 1930s, the Civilian Conservation Corps poured some concrete, heaped some rocks on top, and created the tiny rapids that still entertains visitors.

For the sake of solitude, our family twice explored the headwaters site around sundown. The first time, as we perched together on some dry rocks amidst the rapids, son Nathan remarked, “I’m sitting at the birthplace of the Mississippi with the woman who gave birth to me.” I nearly swooned.

The three of us returned to the spot a third and final time on our last afternoon in the state park. We wanted to wade the first section of the river. There the Mississippi is a peaceful, winding channel lined with cattails, sedge, wildflowers, and tamarack trees. The narrow, quiet stream never runs deeper than mid-thigh. You can see straight down to its sandy gravel bottom, where young fish dart around your feet. Eventually human sounds recede, and there’s only the swoosh-swoosh of your legs through the water. You don’t speak. You don’t want to intrude. You just want to lose yourself in the landscape. Your breathing relaxes, sinking slowly from your upper chest into your belly. A half-mile later, when you reach the plank steps that signal the end of the walkable portion of the river, you don’t want to leave.

But here’s the thing: From the moment you start sploshing through the water below the rock dam, something’s off. It keeps nagging, like the tiny pebbles slipping into your hiking sandals. All at once, it hits you: To make its way south to the Gulf of Mexico, the Mississippi is headed north. Stop and let that sink in while you empty your shoes. To get where it wants to go, the river has to go somewhere else. It doesn’t force things. It follows the lay of the land.

Look at a map. Trace the Mississippi with your finger; a long-tailed question mark, missing its dot. What causes that curve at the top? North.

Especially during this pandemic, the Mississippi could probably teach us a thing or two about being patient. About trusting the flow of what’s true and necessary to take us where we want to end up. About being content if we can’t see around the bend just yet. About letting whatever stretch of the river we’re on be enough for now—water rippling, birds singing, breeze catching the cattails, and sunshine kissing our tired faces.