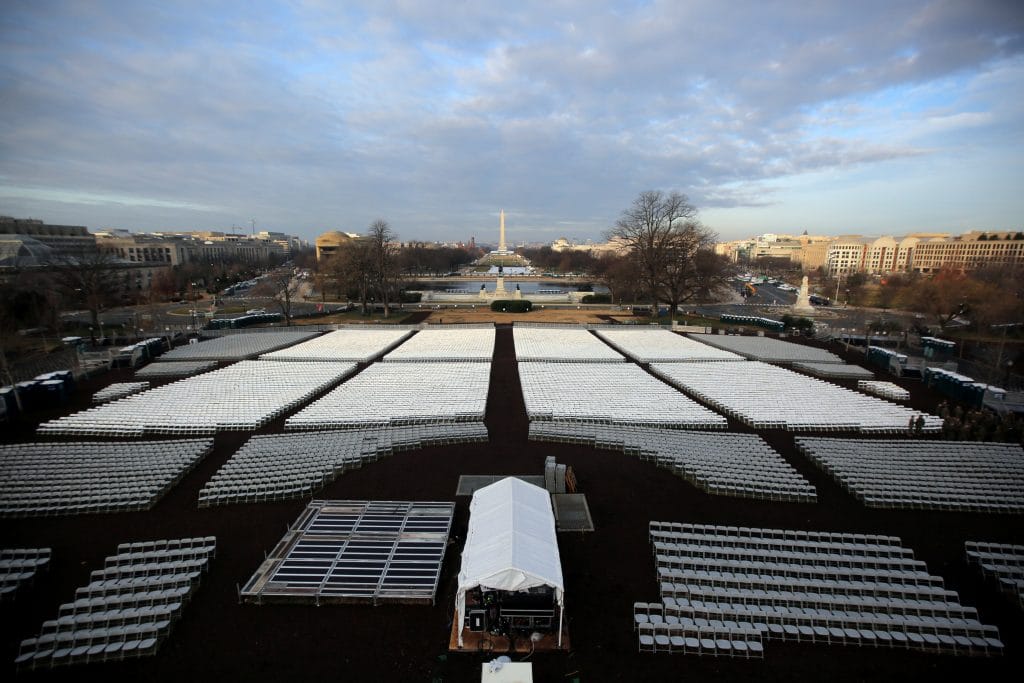 I Will Bear Witness

Empty seats at the National Mall prior to the inauguration  (Photo: Carlos Barria/Reuters)

Today I will not attend the inauguration of Donald J. Trump. Nor will I watch it on television or listen to it on the radio.

I have argued with myself about this. It wasn’t an easy decision. I have never missed a presidential inauguration.
I’ve been asking myself why this time is different. And this morning the answer finally came: My decision to be absent isn’t a political one. It’s a moral one.
I’ve watched president-elects I haven’t voted for take office many times, often with qualms about their proposed policies or their visions for the future, but I’ve never had a sense of moral grief as I do today. What I object to most isn’t Mr. Trump’s proposed agenda, disturbing as much of it is. What I object to most is his lack of fundamental respect for human beings beyond his own blood and tribe. Though he hasn’t yet been sworn in, that lack of respect has already done tremendous damage to the nation,.
With every fiber of my being, I grieve that harm. I refuse to give it my stamp of approval by somehow “attending” his swearing in. He is my president, yes. My country elected him. I acknowledge that political fact. But the moral fact is that Mr. Trump’s values are destructive to human community. I grieve his ascendancy not because he’s a Republican but because he lacks conscience. He appears willing to do anything, and say anything, to get what he wants. And what he wants most is attention.
As a citizen it is therefore my deep responsibility to not feed his narcissism and encourage his bigotry by helping him celebrate his rise to power. I will read or watch his inaugural speech later, in the off-chance that it might help me understand him better. But I feel a moral urgency to not bear witness to the moment of his triumph. It is, among other things, the triumph of crassness, incivility, insecurity, intolerance, fear-mongering and hatred. I choose instead to witness to decency and respect, humaneness, compassion, inclusion, righteous relations, the sacred dignity and worth of all.
On this Inauguration Day I will pray, in my way, for this nation and President Trump. I will tune into love of the neighbor, love of Mother Earth, love of All That Is–even that which I find repugnant and must actively resist. I will spend my time meditating, writing, contemplating, preparing myself in various ways for tomorrow, just another ordinary day in a lifetime of serving the common good.
Deep peace to us all.