Note: This is a continuation of a post of last week titled, “Introducing Sarah Wakefield, My Friend and Hopefully Yours (Someday).”

Early on August 18, 1862, when war broke out in and around the Lower Agency on the Dakota reservation in southwestern Minnesota, Sarah Wakefield’s family was some 30 miles north, at home on the Upper Agency. But vague rumors of the Dakota attack soon began to trickle upriver.

Sarah’s husband John, Agency physician, didn’t take the rumors seriously at first, but by mid-afternoon he was sufficiently worried to act. He told Sarah that she, four year-old James and one year-old Lucy (affectionately called Nellie) should take a trip back east to visit friends and family. He immediately arranged for a clerk, George Gleason, to convey his family by wagon to Ft. Ridgely, 40 miles distant, where they could catch a stagecoach. Sarah packed for the journey, and soon they were on their way.

This decision by John Wakefield puzzles me. In fact, it troubles me, for at least four reasons. First, to get to Ft. Ridgely his family would have to pass by the Lower Agency, scene of the outbreak. Even if John was unaware of the full extent of the violence there, he must have realized that going anywhere near the Lower Agency would be risky.

Second, Wakefield sent his family off with a man who had no gun. Like a surprising number of whites on the frontier, Gleason apparently owned no firearm, but John Wakefield possessed at least one, which he certainly could have loaned to the clerk, considering the circumstances. Did he instead keep it to protect himself?

Third, both Wakefield and Gleason kept Sarah in the dark about the reports of Indian attacks in the exact area through which she and the children would be traveling. Whether they did this to spare her anxiety, or because they themselves were underestimating the danger, it did her no favors.

Finally, in the culture of his day Wakefield was his family’s head and protector. Why didn’t he keep his family together for the sake of security, or take a more active role in conducting them to safety? At the very least, he could have escorted them to the fort.

In any case, the doctor’s decision proved to be a blunder. Before nightfall, George Gleason lay dead on the road, and Sarah and her children were prisoners of the Dakota. As for John, by evening he was holed up with dozens of others in the Upper Agency warehouse, expecting an attack at any moment; ultimately they would be led across the prairie to safety by a Dakota man named John OtherDay.

That Sarah and her children survived the war was also thanks to a  Dakota man—this one named Chaska, or Wechankawastadonpe. Chaska and his brother-in-law Hapan encountered their wagon near the Lower Agency. Hapan shot and killed Gleason at once. He was about to fire at Sarah when Chaska stopped him, recognizing her as “the doctor’s wife” who had often shown kindness to the Dakota. Arguing forcefully with Hapan, he took Sarah and the children under his protection. They remained with him and his extended family for the remainder of the war, after which they were given over to U.S. troops at what became known as Camp Release, near Montevideo, Minnesota.

“If it had not been for Chaska,” Sarah would later say, “my bones would now be bleaching on the prairie.”

In the war’s aftermath, alleged confusion over the identity of Sarah’s protector (as well as scandalous rumors about the true nature of their relationship) ultimately led to the warrior’s death.

How did this happen? At war’s end, with more than 600 whites slain, the U.S. put on trial by military tribunal nearly every Dakota man taken prisoner, determined to make the Indians pay dearly for their “rebellion.” Never mind the Dakota suffering and grievances that had caused the war. All that mattered now was white retribution. Trials (notoriously unfair) were held by the hundreds. Of the 392 prisoners tried, 303 were sentenced to death by hanging, and 16 were given prison terms.

Sarah Wakefield testified at Chaska’s trial on his behalf, the only white woman to speak in support of any Dakota. Though he was convicted, Sarah was reassured that he would only have to endure a prison sentence. Instead, on December 26, 1862, Chaska was hanged with 37 other Dakota men in Mankato, Minnesota. It was the largest mass execution in U.S. history. The men’s bodies were buried in a sandbar in the Minnesota River. By the following morning, most of the bodies were gone, having been dug up and stolen mostly by doctors wishing to use them as specimens (or keep them as souvenirs).

The mass execution was carried out on the order of President Abraham Lincoln, who seems to have had little taste for blood. He tried to beg off the responsibility for giving the order but was advised he could not. He then ordered two of his best clerks to study the trial transcripts (sketchy at best), and based on their findings had commuted most of the condemned men’s death sentences to prison terms. Only the worst offenders were hanged, having been deemed guilty of “violating females” or participating in civilian “massacres” (as opposed to battles).

Chaska’s sentence was to have been commuted. He was not supposed to be hanged. But one day in late December Sarah, reunited with her husband, opened the newspaper to learn that despite her best efforts and Lincoln’s, Chaska was among the dead. He had been executed in a spectacle meant to satisfy white cries for justice and vengeance after the short-lived but brutal war.

Sarah was broken-hearted with grief, and with guilt. After all, she had been the one to persuade Chaska and his family not to join so many other Dakota people in fleeing westward to the Plains, or northward to Canada, at war’s end. She had reassured them that they would be treated honorably and fairly. But Chaska had died by the noose, and his mother, whom Sarah had perhaps loved more than her own mother, was now likely a prisoner in a dreadful Dakota internment camp at Ft. Snelling, near St. Paul.

Outraged, Sarah tried to find out how this terrible thing could have happened. She wrote multiple impassioned letters to Stephen Riggs, longtime Presbyterian missionary among the Dakota, who among other things had played an active role on behalf of the government in the military tribunals, had spent long days teaching and trying to convert the prisoners, had taken the final statements of the condemned men, and had been present at the mass hanging. Riggs blamed Chaska’s death on mistaken identity—an impossibility, I believe, given the evidence. Riggs himself knew Chaska to some degree and would have realized that the man did not belong among the condemned, his sentence having been commuted by Lincoln.

No, I think Chaska was hanged on purpose—was deliberately murdered by the authorities—because of his alleged sexual or romantic involvement with Sarah, the possibility of which was offensive to white sensibilities. Riggs himself was aware of the rumors.

Riggs could have tried to save Chaska from the noose. But there is no sign that he did. Perhaps, even had he tried, the outcome would have been the same. Sometimes the winds of injustice blow so hard that the truth cannot stand. But who’s to say?

In addition to Riggs, Sarah also wrote a strong letter of protest to President Lincoln. But her strongest protest—not only on Chaska’s behalf, but more especially on her own—was issued in the form of her captivity narrative, Six Weeks in the Sioux Teepees, published less than a year later. By then, she was apparently an object of scorn not only in her community but throughout much of white Minnesota, the supposed lover of an Indian killer, a race traitor, a fallen woman. With her book she was trying tried to defend her reputation before it suffered a death blow of its own.

Well….I’m not ready to tell you just yet.

The wartime chapter of Sarah’s life, and its aftermath, are just one slice of her fascinating story. I’ve learned so much about her that (to my knowledge) hasn’t been disclosed elsewhere, some scholarly friends have urged me to write a nonfictional account of her life. But I’m no historian. I’ll leave that for others to do.

No, I’m a creative writer. And some of the gaps in Sarah’s biography—e.g., how does a woman from Rhode Island in the mid nineteenth-century end up living on the Minnesota frontier?—are tantalizing places for a creative writer to explore. Fiction-writing is a wonderful tool with which to do just that.

And now, speaking of fiction-writing, I’ve got a bit of work to do…. 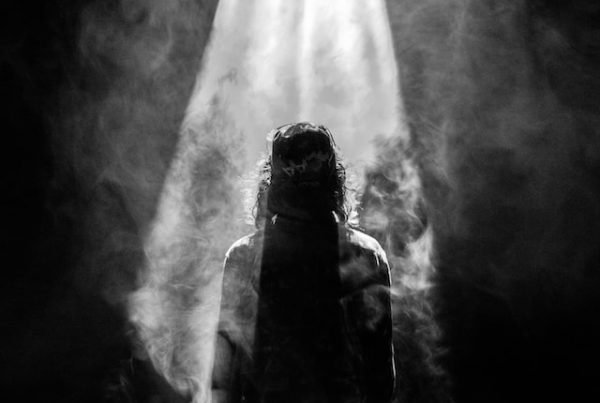