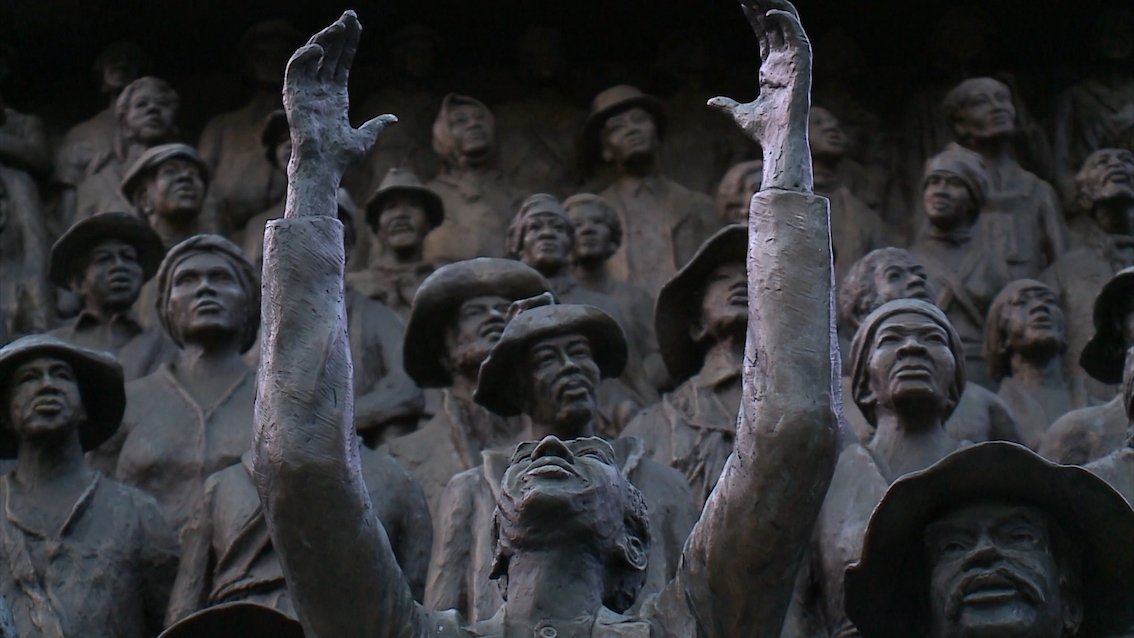 It’s Up to Us to Finish the Work

This weekend in the U.S., we’re observing Father’s Day. We’re also celebrating Juneteenth, a festival that commemorates the end of American slavery.

Juneteenth was just signed into law as a new federal holiday on Thursday. But it’s an old jubilee, held annually on June 19th. On that date in 1865, enslaved people in Galveston Bay finally learned from Union troops that they and over 250,000 others in Texas had been freed from bondage. African American communities have rejoiced with their friends on June 19th ever since—first in Texas, eventually across the nation. On Juneteenth, here in Brookings, I’ll be headed to the park for drumming, dancing, food, and discussions about “forging a path to racial justice.”

This is my first Father’s Day without my dad. May I tell you a story about him?

One frosty night in March, 1982, Dad was working alone on our farm, using a tractor and agitator to stir a “manure lagoon.” This lagoon was an artificial pond, around fourteen feet deep and surrounded by a dike, into which an underground sewage system piped livestock waste. (I know—eww. Hold your nose!)

Dad, seated inside the cab, had driven the tractor onto the flat crest of the dike. Now he was backing up toward the pit’s edge, positioning the twenty-eight-foot-long agitator to stir the slurry.

He backed up too far. The tractor’s rear wheels dropped over the edge of the dike. The tractor slid into the lagoon and sank.

The submerged cab went deadly dark. As waste gushed in through cracks and holes, Dad pushed and pounded at the door. At the only window big enough to escape through. At the door again.

By now, the slurry was up to his mouth. “God, what a place to die,” he thought.

He twisted himself around in the thick, rising slop. One last try at the window.

This time, no resistance. The window opened as easily as a leaf flutters in wind. He swam out of the cab and up, swallowing some of the toxic crap as he pulled for the surface.

His head popped out of the lagoon. By the light of the moon, he spotted the tip of the tractor’s exhaust pipe, sticking out of the slurry.

He rolled over on his back. Burdened by layers of wet winter clothes, he stroked for the pipe, knowing that the roof of the cab would be somewhere nearby.

Upon locating the roof, he splashed aboard to rest. He perched there, collecting his wits, shivering in the wintry air. He worried about hypothermia. About the sickening sludge all over his body. About the animal shit in his stomach and lungs.

No use hollering for help. His farmhands had long ago clocked out. And Mom didn’t expect him home for hours. No rescue would be coming. He’d have to save himself.

He plunged back into the filth, and broke for the bank …

In my recollection, what impressed Dad about this episode wasn’t just his brush with death. It was the loss of the keychain he always wore on his belt. On that chain were the keys to all the locks on the farm. It went straight to the bottom of the lagoon.

To Dad, its loss was a dramatic sign from heaven that he should abandon farming and devote himself to other pursuits. At once, he began to prepare for a different kind of life. The change in him amazed me. This always-work, never-play, rarely-show-how-much-you-care kind of guy seemed so much softer, lighter, freer—

But, in the end, Dad couldn’t let his old life go. He let go instead of the sign from heaven. He remained a farmer for a couple more decades, until a perfect storm of painful crises forced him to quit.

Now, imagine that deep lagoon of manure as the horror of slavery and its awful legacy. Imagine that heavy keychain, holding the keys for millions of shackles. Imagine it sinking into the abyss, liberating all the enslaved. Imagine the dreams surging through those newly freed people as they broke through the filth for the bank …

In the almost 160 years since emancipation, African Americans have been trying to swim out of that ungodly lagoon and get themselves onto dry land. But, frankly, many of them struggle up onto the bank only to be shoved right back into the mess: Their bodies, assaulted. Their stories, erased or distorted. Their voting rights, restricted. Their schools, underfunded. Their livelihoods, threatened. Their lives, undervalued …

It’s up to us—all people of good will—to stop filling with fresh waste the lagoon that slavery dug. It’s up to us to stir it up, drain it empty of what’s foul, and gradually replenish it with clear spring water. It’s up to us to abandon the old ways in favor of a different life. It’s up to us to finish the freedom work that our fathers (and mothers) couldn’t.

Heaven has given us all the signs that we need.