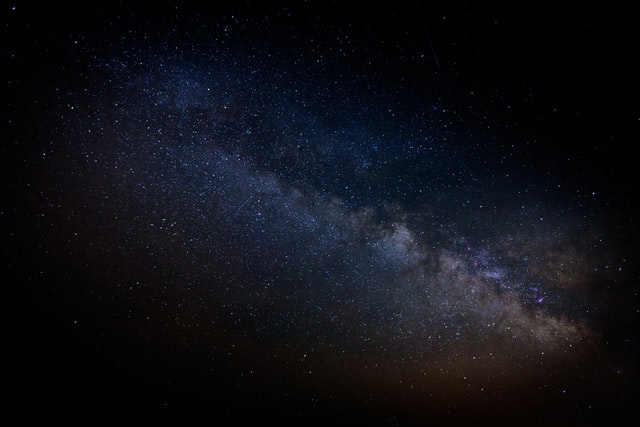 By Phyllis Cole-DaiApril 18, 2022No Comments

This is my version of a story I first heard from Laura Packer. I keep retelling it in different settings, because the world keeps needing to hear it.

In the beginning, there was only light and dark. During the day, the sky was bright white. No clouds, no blue. Just white. At night, the sky was completely black. No stars, no moon. Just black. And because this was the way the world was, you always stayed home. If you were ever caught far from your village when the sky went dark, you were never heard from again.

So, people lived their entire lives in the same place, knowing the same people. And while they said they were happy, living this way, in their heart of hearts they longed to see what they couldn’t see; to meet the people they suspected were out there but couldn’t meet. Yet they accepted that this was how the world was and would always be.

Then a girl came into the world. And this girl loved the world so much! During the white-sky hours, she’d explore and play as she wandered with her mother, gathering food for the family. In the black-sky hours, she’d listen to her father’s stories about the sights he saw while hunting around the village.

Each night, before she fell asleep, she’d say to her mother, “Mama, I want to visit other places. Please, will you take me? Can we go?” And every night her mother would say, “Oh, honey, we can’t! It isn’t safe. The world’s too dark. We’d get lost and never return!”

Night after night, the girl asked, “Mama, can we go?” And you know how children are—how their dreams can creep into your heart and become your dreams too … and one night when her daughter said, for the gazillionth time, “Please, Mama!” the woman said, “I’ll think about it.”

And she did. She thought for days as she gathered grasses and roots and berries to eat. She thought as she sat talking with the other women, and as she listened to her husband’s stories. She thought as she wove reeds into baskets and thatched the roof of their house. And one night, while sitting with her family, gazing into the fire, she had an idea.

She got up and mixed water and clay. She made a pot from the mud. Then she made a lid for the pot. She placed these things in the fire and baked them until they were as hard as stone.

When the fire began to die out, she scooped up a potful of embers and covered it with the lid. She lay down beside her daughter. “Mama, can we go, can we go?” “I’m still thinking,” the woman said.

In the morning she lifted the lid to look inside the pot. The embers were still glowing red. So that night when her daughter said, “Please, Mama, please—are you done thinking? Can we go?” the woman said, “Yes, in the morning, we will go.”

As soon as the sky was white again, this mother and daughter packed up as much food and water as they could carry. They said their goodbyes. Then the woman took up her pot full of embers, and the two of them started walking.

They walked and they walked until the sky started to turn black. They stopped then and collected a pile of twigs and sticks. The mother poured out her embers on them. Soon they had a blazing fire. And when the sky was black black, they sat around their fire, huddled as close as they could. From the darkness beyond their little ring of light came the growls and the howls of prowling animals. Just before they fell asleep, the mother put some live coals from the fire into her pot.

They woke up when the sky was white again. The woman dropped a few twigs into the pot to feed the embers. Then she and her daughter began to walk. As they walked under the white white sky, they sang and they told stories. Just before the world went black black again, they built another fire. They huddled close, listening to the night sounds and watching the sparks fly up. Then the woman had an idea.

With the pot lid, she scooped up some coals from the fire. She flung them toward the sky, as far as she could. She was very strong, and those embers flew higher and higher until they stuck fast in the black. And it was very good. So the woman tossed up another lid-full of embers, this time back in the direction of their village. And those embers also stuck to the black.

Now her daughter wanted to try. Even she could send those embers flying. Before long, the way home was twinkling over half the sky.

Morning after morning, the mother and daughter continued their journey. And every night they would cast more embers up into the sky, which was still black black, but sparkling as it never had before. They knew they’d never get lost.

After weeks of walking, they reached a village. The people there were astonished to see them. “How did you get here? How did you not vanish in the dark nights?” And the woman and her daughter showed the villagers the pot of coals. As soon as the world went black, they pointed out the path they had taken across the night sky. “Here,” they said to the villagers, “use the lid of our pot to throw some embers from your fires into the sky above us.” And the villagers did.

The next day, the mother and daughter moved on. As they went, they always painted a shimmering path above them. And everywhere they went, the people they met tossed embers from their fires into the night sky.

So it is that we learned to light the way home for one another.

Photo by Nathan Anderson on Unsplash