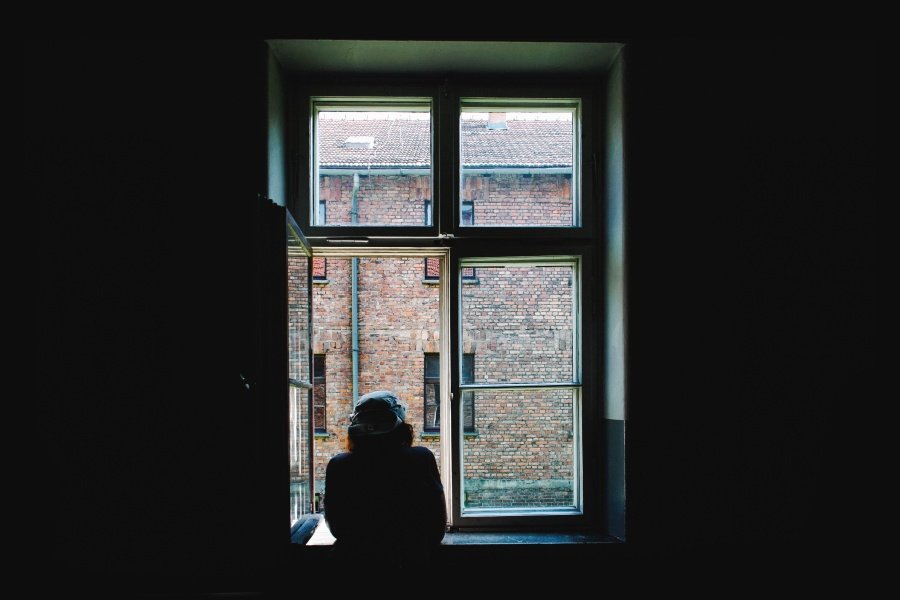 Your phone rings in the middle of the night. As you reach blindly to answer, do you fear that someone you love has been in an accident? Has suddenly died?

For a time, early in my marriage to Jihong, such calls would often wake us. The phone was on Jihong’s side of the bed. He’d lift the receiver to his ear and mumble a dazed hello.

“Go back to Japan!” a loud male voice would yell, or something worse.

Jihong would hang up. We nestled in each other’s arms. You’re paying a sad price for living `in freedom,’ I said to him, in my mind.

Jihong was born in China, not Japan. He was among the very first students that the Chinese government allowed to study abroad after the Cultural Revolution (1966-1976). He arrived at the University of Maryland in 1982, ill prepared to study chemistry there. He spoke very little English and was totally unfamiliar with Western culture. (“That’s an understatement,” he says, with a laugh.)

Then came the tragedy of Tiananmen Square. For months, students in China had occupied the Square, demanding democratic reforms in the government. On June 4, 1989, the volatile episode ended in a massacre perpetrated by the People’s Army. Estimates of the death toll ranged from the hundreds to several thousand.

After the massacre, President George H. W. Bush realized that the Chinese authorities would view any students returning home from the U.S. with extreme suspicion. The students might even be in danger. Thankfully, he removed from their visas the requirement that they leave the country upon graduation. He granted them eligibility for green cards.

That was Jihong’s first step toward becoming a U.S. citizen. He took it with gratitude, though it meant leaving his birth family behind.

I met him only a couple years later. By then, he spoke and wrote English better than most homegrown Americans. He worked hard. He paid his taxes. He was law abiding. He was a living definition of “a good man.”

After our marriage, when the crank calls were waking us in the night, we’d wonder: Did the caller pick our name out of the phone book? Or does he know us somehow?

Sometimes, as we strolled through our suburban neighborhood, I’d gaze at the houses. Do you live here? I asked the bully. Do you live there?

Whoever he was, he probably looked as white and “ordinary” as me. Heck, he was probably considered a “good person” by those who knew him best … just like the person who, on the eve of my wedding, called me a “racist” for expecting him to readily accept my marriage to a man born in China. Or like those in my family who just couldn’t seem to learn how to spell or pronounce Jihong’s name.

“It isn’t difficult,” I wanted to tell them. “J-I-H-O-N-G. You spelled much harder words in your first spelling bee. You say much harder names while reading your Bible or watching your ball game.”

For the last twenty-one years, Jihong has taught chemistry at South Dakota State University. Several students work in his laboratory. One (whom I’ll call Kendra) is African American.

Last week Kendra approached Jihong. “I’m aware,” she said, “of the increasing violence in the country against Asian Americans. Is there anything I can do to support you and others?”

What a kindness that was!

“Kung-flu,” “Chinese coronavirus,” “the Wuhan virus”… such horrible xenophobic language for Covid-19 has only inflamed anti-Asian sentiment that has long existed in the U.S. In 2020, as the number of hate crimes fell overall across the country, crimes against Asian Americans surged by nearly 150 percent. The actual number is likely much higher, but the victims (mostly women and elders) are reluctant to report.

The fact is, Asian Americans as a group are living through an especially traumatizing period in their history. Racism has long been a great stain on this country’s character. But the current level of bullying and violence against persons of Asian descent is new.

That Kendra, an African American woman, spoke up as she did, offering her active support to Jihong, is a bright ray of hope. Her concern moved him. Her questions opened a significant conversation between them.

Another ray of hope is the group Compassion in Oakland. Seven hundred volunteers from diverse races and backgrounds have organized to accompany and protect Asian American elders. They also offer translation services and technological expertise to Asians isolated by language differences and complicated information systems.

Now, I’d like to invite you to offer your own ray of hope. Right where you are.

Get comfortable. Close your eyes. Settle into the rhythm of your breathing.

When you’re ready, picture an Asian face, whether a stranger’s or someone you know. The face might even be yours.

What might that person be feeling in this time of unrest? Allow your body to share that emotion. Breathe in the unease, the fear, the anger, the helplessness, the betrayal, the grief …

Now, breathe out. On your exhalation, send that person the soft light of remedy: love, calm, healing, courage, resilience, hope …

Continue this cycle awhile, breathing in the pain, breathing out the peace.