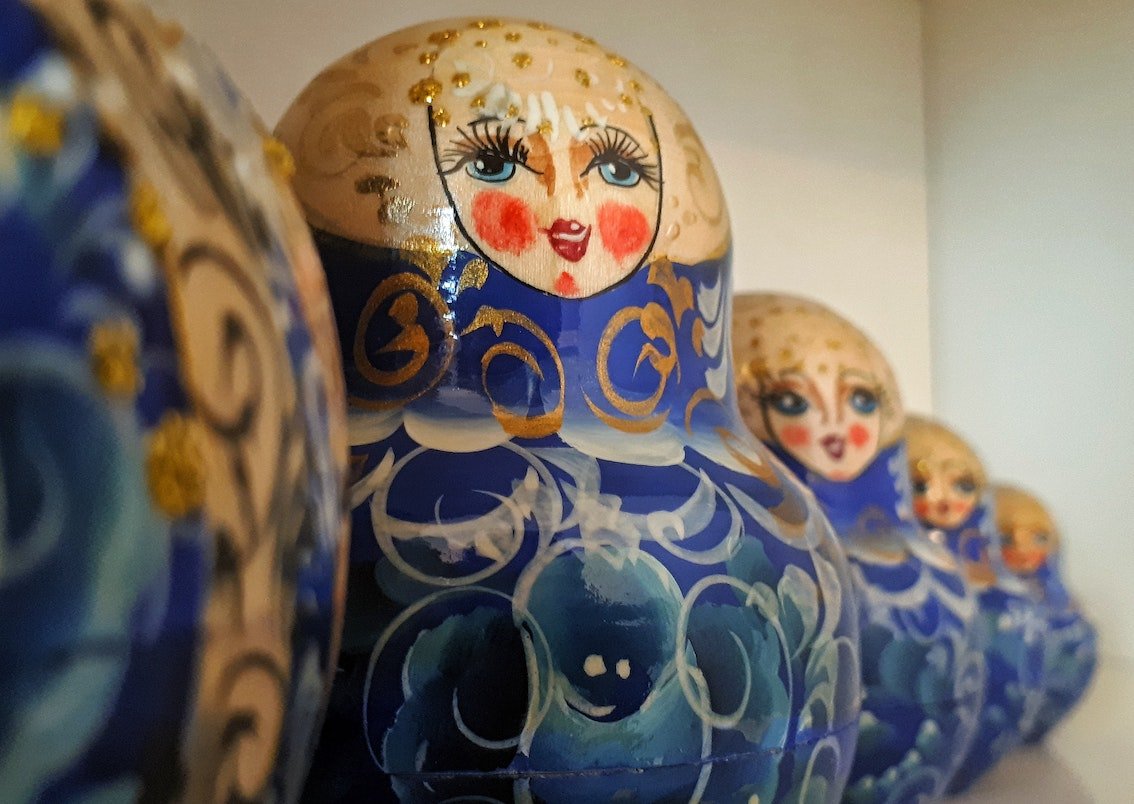 Once, returning from a trip abroad, Jihong brought me the gift of a Russian matryoshka set. At first glance, all you see is a wooden doll, around 7” high. It’s painted to resemble a happy peasant woman, with a city scene on her plump belly.

However, if you lift away the top half of the doll, you find a smaller matryoshka hidden inside—the peasant woman’s daughter. Open that second doll, and you find an even smaller daughter. And then another daughter. Finally, at the center, you come to a baby.

This matryoshka set includes five nesting dolls. To my knowledge, the largest set in the world has fifty-one. In theory, such a doll set could be of unimaginable size.

So … what’s got me thinking about my matryoshkas?

Several times this past week, I was reminded how even the most innocent use of words, and the ideas behind them, can trap us, as if in a nesting doll.

The first instance occurred during my hour-long interview on an internet radio program. Toward the end of our conversation, the delightful host said to me, in passing, “You’re fifty-nine now, and no longer young.”

No longer young … Oh my. Those words don’t match my self-perception. While my mind and body aren’t what they once were, my spirit feels ageless.

Don’t tell me I’m no longer young, I wanted to say to the host. I chose not to, but inwardly, I refused to nest my spirit in the doll to which her words had assigned me.

The second instance occurred during an email exchange in which a dear relative remarked on my son’s “health condition.” It took me a minute to realize what she was referring to: Nathan exhibits certain traits of Asperger’s Syndrome, on the autism spectrum.

Health condition … Oh my. Those words don’t match how I think of Nathan, or how he thinks of himself. He isn’t “in treatment.” He has no “disorder” to “cure.”

It’s true that Nathan’s way of being is neurologically atypical—just as being lefthanded is atypical in a predominantly righthanded world. To relate well with “typical” people, Nathan must constantly adapt his own beautiful, soulful self. His gracious, creative approach to that challenge makes him something of a genius in my eyes.

Don’t tell me Nathan has a health condition, I wanted to say to my relative—and, gently, I did. I refused to nest my son in the doll where my relative’s words had put him.

The third and final instance occurred during a conversation with a cherished friend who is recovering from a severe episode of anxiety and depression. The crisis had required her hospitalization.

She told me how she’d described her condition to a medical professional as “mental illness.” The specialist responded, with compassion, “How about we talk instead about your `mental health?’” For my friend, that shift in wording provided a deeply reassuring shift in perspective. It freed her. It empowered her.

Don’t tell yourself you’re sick, the specialist seemed to be saying, refusing to nest my friend in the doll in which she’d confined herself. You’re just different from how you were, and you’re learning how to be who you are now.

I suspect that, occasionally, we all want to climb out of a nesting doll in which we feel confined. We also trap others in nesting dolls in which they don’t feel comfortable. We do this with our words, yes, but also with our thoughts and our actions. We don’t mean to, but we do.

Sometimes the offense we give is slight, and easily forgiven. Other times, the damage can be difficult to repair.

Over our lifetime, we create, collect, and even inherit all kinds of nesting dolls, all of them “tools” in our sorting of people. In theory, our set could expand to unimaginable size.

Such sorting is likely a natural part of being human; a type of reflex, and therefore unavoidable. But, with practice, we can learn to slow that reflex down.

We can start by reflecting on the dolls that sit waiting on our shelf. These ideas we have about other people (or ourselves) inform how we look at them, speak to them, behave toward them. Do these ideas constrain and diminish? Or do they liberate and empower?

By questioning the categories into which we sort this person and that—by opening these dolls, with curiosity—we help set free the precious realities they previously concealed. All the while, we draw closer to the center, where at last we find the baby matryoshka.

That baby is the seed of life. The essence of our being.

Photo by Iza Gawrych on Unsplash 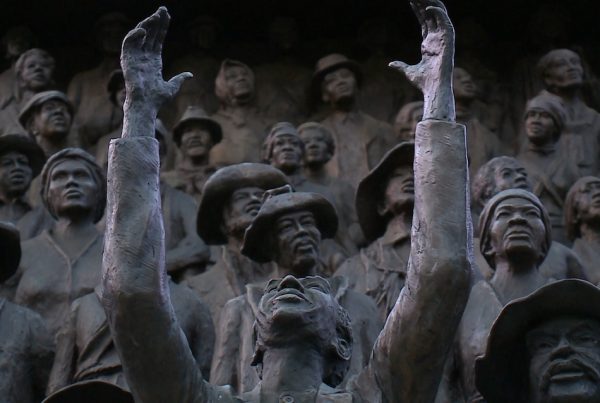 It’s Up to Us to Finish the Work