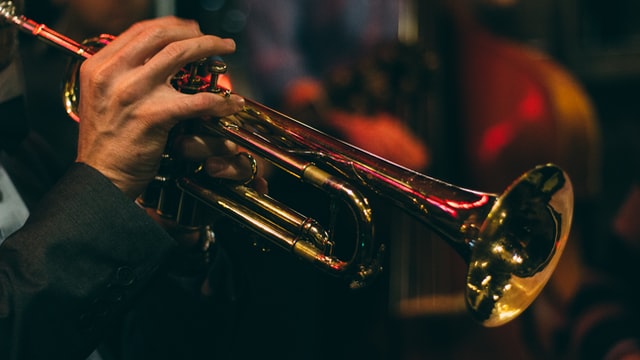 By Phyllis Cole-DaiJuly 4, 2022No Comments

On the same Friday that the Supreme Court overturned Roe v. Wade, my family headed to a weekend jazz festival in St. Paul, Minnesota, around four hours from home. We needed distraction. We needed music. And I, for one, needed to dance.

I was heartsick for my country. In a tragic series of rulings, the highest court in the land had made a mockery of justice—tossing precedents, contradicting its own arguments from one case to the next, misrepresenting facts to the public, violating the rights of millions, and endangering us all.

Meanwhile, the televised hearings into the events of January 6, 2021, had been presenting clear evidence of an attempted coup. The insurrection was incited and abetted by a sitting president unwilling to surrender office. It was thwarted by a handful of conscientious, courageous citizens who put respect for the law ahead of lust for power. Yet multitudes of my fellow Americans were unwilling to accept the evidence, weren’t bothered by it, or were disappointed that the coup had failed.

Like I said, I needed to dance. To move. To shake bad vibes out of my body and soul.

Two outdoor stages had been erected for Jazz Fest in Mears Park, a one-block oasis of grass and trees surrounded by high-rises. Shortly after we arrived, Jack Brass Band started blasting New Orleans-style jazz from one of those stages. The street in front had been closed off for dancing, but the air was so hot and clammy, only a dozen people were hoofing it.

Now, I’m a self-conscious and graceless dancer. I never dance unless I’m lost in a crowd. But the only crowd in the vicinity of that stage was lounging in lawn chairs on the sidewalks, tapping their toes to the music.

I swallowed hard, then meandered through the sea of chairs and stepped onto the wide-open street. A crazy wave of heat rose up from the asphalt.

I slipped out to the thin fringe of dancers near the stage. Took a deep breath. Began to shake and shimmy.

Beside me was a teenager, break-dancing … A couple in their sixties, swinging it … An old guy with a moustache, strutting his stuff … A white lady twirling a little black girl in dreadlocks … A young fellow with his arms full of dog, turning happy lazy-Susans … Two white-haired women in sunhats, gracefully sweeping their arms through the air as if dispelling misery, or casting love …

Spirit was soon surging up and down. It attracted more dancers. A half-hour on, when I did a clumsy spin in my spot near the stage, I discovered that the street behind me was now packed with people getting their groove on—every shade of skin, every kind of hair, every body shape, every age.

Who knew their politics? Their religion, if any? Their sexual orientation? None of that mattered. What we shared was a loyalty to the music, and to joy, a primal pulse in our veins.

By the band’s last song, all of us were singing—no, shouting—the lyrics together: “O, when the saints … go marching in …” We threw the words toward the band, and trumpets and trombones blasted them back. We stomped them with our feet to the tuba and drums. We flung them from our hearts toward the sky on the screams of a sax.

Don’t stay too long on the outside,
looking in. We give each other
the courage to stand up and dance.
You don’t need to know the steps.
The music will teach you; the trees,
too, with their branches and leaves.
Everybody’s got moves, and style,
something to shake. Lift up
your eyes. All kinds of dancers,
in sundresses and shorts and suits,
sneakers and sandals and high heels,
baseball caps and straw hats,
fedoras and bandanas, beads
and bling. We all have enough
space to move. When we bump,
we smile. We were born to meet.
There are no rules. Loosen up,
forget yourself. The dance will
just happen, if you want it, but
it’s also hard work, stepping into
joy, again and again, especially
when you think you’ve lost it,
or had it stolen. Sweat through
it. Mop your face with a rag,
wag your hand fan to the beat.
Feel that drumming in your feet?
It’s in mine, too. Gratitude builds
to a stomp and cheer. We grow
from a dozen to hundreds, to
thousands, to millions, till
every street and country road
is a river of saints marching in
and out, loyal to the music
that moves us, always with room
for one more.

Photo by Chris Bair on Unsplash 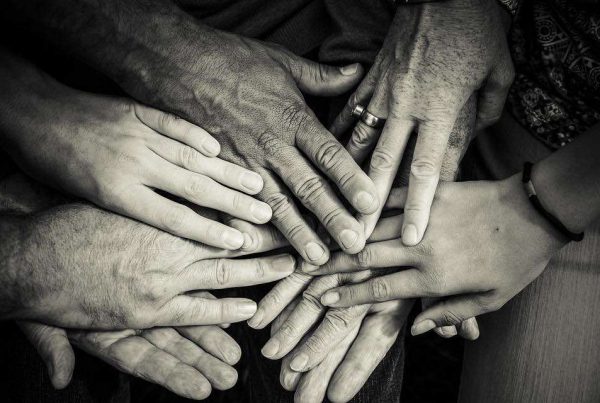 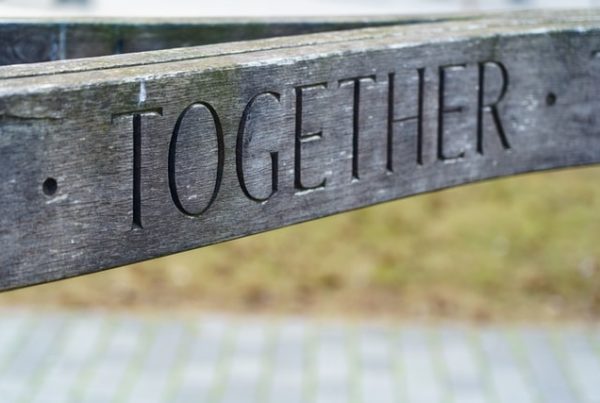 Thus, Will a Way Open 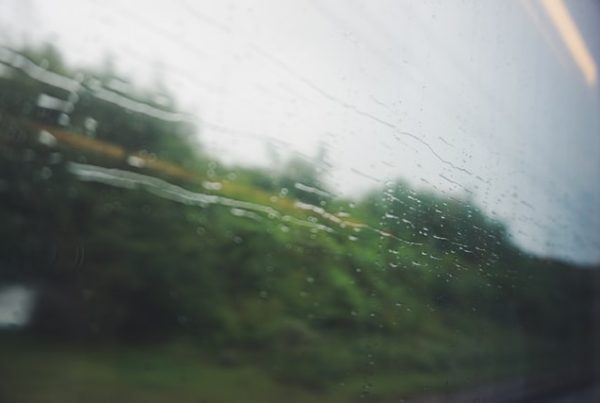 Some Thoughts From The Train