“The Same Job As Always”

By Phyllis Cole-DaiAugust 17, 2020No Comments 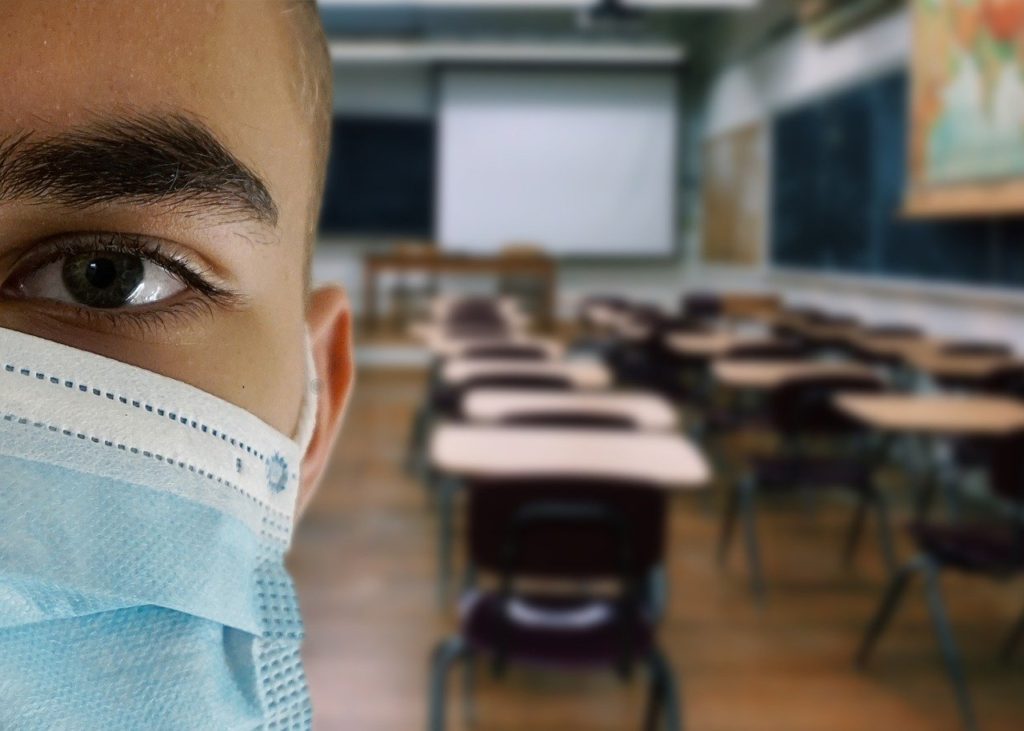 These are anxious days at our house. Son Nathan is a rising senior in high school. He should be looking forward with excitement to his last year with his classmates. Instead, he has been researching the pros and cons of returning to school in person, taking all of his courses online, or doing a mixture of both.

He’s torn. He feels keenly responsible for protecting everybody’s health, including his own. Against this he must weigh an urgent need for companionship, a deep desire to play again in the orchestra, and a strong sense that classrooms would better prepare him for college than a screen. What should he do?

This isn’t a decision that a 17-year-old should have to make.

By age, Nathan stands on the brink of manhood. But the fact is, he has already arrived. His father and I can see it. The pandemic has prematurely ushered him out of the relative ease of adolescence into the complexities of adult life. He won’t be making this decision about his schooling alone, but Jihong and I have given him the final word. Nathan has earned the right to make his own informed choice by coping so well with the ordeal of these past five or six months.

I won’t heap on you my opinions about our country carrying out a grand experiment in public health by reopening schools amidst a surging pandemic. I understand the arguments on all sides. There’s no perfect solution that will satisfy everyone.

I will tell you, though, that I’m afraid. And my fear is stoked by grief. Too many people have already become ill. Too many have died. Too many are still struggling to recover. Too many have lost their livelihoods, even their homes. My fellow citizens, including my friends, neighbors, and loved ones, are experiencing so many types of suffering, I can’t begin to list them all.

As a nation, we’re tired of being in this mess. Some of us want—even need—our children to return physically to school. Others of us can’t bear the thought of it. How do we come together?

My mind runs back to when Nathan was 14. This vibrant, skinny kid who rarely had a sniffle suddenly crashed with what’s called “complicated pneumonia.” In the middle of the night, a medical team life-flighted him to a larger regional hospital. Jihong and I sped in our car down the dark interstate, chasing after the helicopter. I was clutching one of Nathan’s old stuffed animals, holding on as if it were him. Throughout the preceding hours, I’d managed to remain calm, but now I dissolved into sobs.

All at once, I heard a voice. Not a human voice—Jihong, who was driving the car, didn’t hear it—but it was a voice nevertheless. It asked me a simple question that instantly set me straight. The question itself is insignificant here; what matters is the response that welled up in me. I realized that, despite the crisis we were facing, my job as Nathan’s mother was the same as it had always been: To love him. To be there for him, with every ounce of me. While my love couldn’t guarantee that he would survive, it could guarantee that he’d never feel alone in his suffering.

After nearly a week in grave condition, Nathan was slowly brought out of sedation. Once he was alert enough, he gestured for something to write with, unable to talk because of the ventilator. We gave him a small whiteboard, on which he weakly scribbled two words: “Thank you.”

The takeaway from my story? When it comes to our nation’s children (and those who teach and tend them in our schools), our collective job is no different now than it has always been. Our job is to love them. To be there for them.

Our love won’t guarantee their safety, but this much it should guarantee: That they’ll never feel alone in this ongoing crisis. That we’ll provide them with whatever’s necessary to help them survive and thrive. That we’ll give them such skilled care and emotional support, the first thing they’ll want to say when this pandemic ends is “thank you.”

(Image by Alexandra_Koch from Pixabay)