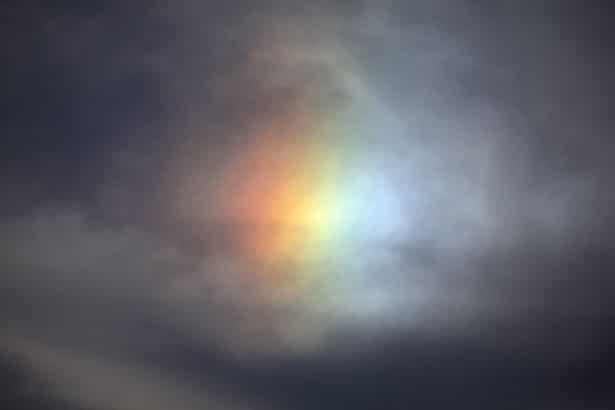 Sundog over a Wintry Grave

This past Saturday I drove down to Flandreau, South Dakota, to meet some Dakota friends who are advising me on the novel I’m writing about the U.S.-Dakota War of 1862. At the end of our time together, two of them drove me into the countryside to visit the grave of Taoyateduta, the chief better known to Euro-Americans as Little Crow. He was the primary leader of the Dakota in the 1862 uprising.

Taoyateduta was killed by a settler in July, 1863. His body was horribly abused, and certain parts put on public display in Minnesota state buildings for decades. Finally, in 1971, his remains were returned to his family in Flandreau for burial. Interment was in the First Presbyterian Cemetery, in a cement casing to prevent theft.

My friends and I didn’t stay long at the grave site. Wind was sweeping the snow across the prairie. The temperature felt like twenty below zero, and the afternoon sun was dying. But while we were there, a sundog appeared in the sky. It looked much like the one below (I had left my camera in the car, out of respect for the dead).

That sundog in the winter sky felt like a metaphor for this project: trying to find the light in a dark, cold, tragic story.

The Upward Trek, and a Signature

Interested in the US Dakota War of 1862? Check This Out!