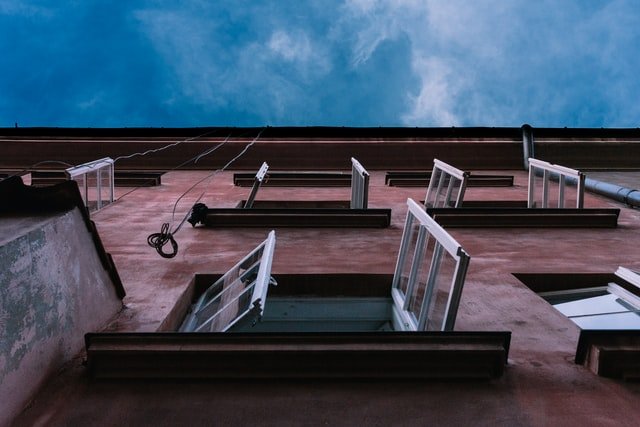 The Big Stink and The Open Window

By Phyllis Cole-DaiMarch 10, 2022No Comments

Mike the plumber was at our house last week, replacing a couple of old hot-water radiators. One morning, I asked him to pause his work and step into our main bathroom.

“You smell sewer gas in here?” I said.

My sniffer had first caught a whiff of the gas a couple weeks before. When I mentioned it to Jihong, he couldn’t smell it, so I doubted what my own nose was telling me.

But the odor had intensified with each passing day. Now Jihong, with his less sensitive smeller, was bothered, too. We couldn’t discover the source of the stink.

“Can you tell where it’s coming from?” I asked Mike, with hope.

“I’m sorry,” he said. “I’ve worked around so much sewer gas, I can’t smell it anymore. But if you’re smelling it, here’s what you should try … ”

Thanks to Mike, Jihong and I easily treated the trouble, pouring a little bleach water down all the drains. What we’d feared might be a foul mess, hidden somewhere in our old plumbing, turned out to be a run-of-the-mill problem with a simple solution.

Plumbing can involve some pretty nasty situations. Some aren’t so smelly, like water gushing through ceilings or pipes bursting in subzero temperatures. But think about all those clogged toilets, backed-up sewer pipes, and crawl spaces flooded with raw waste …

For Mike, having a sniffer that has grown immune to icky smells can be a good thing. It can actually help him carry on with his work.

And what’s true for Mike the plumber can also be true for us.

Right now, in certain respects, the world’s a big mess. You might be struggling, as I am, with the stink.

On February 24, just as many countries were finally starting to emerge from the COVID pandemic, Mr. Putin decided to invade Ukraine. So far, his regime has killed thousands of civilians and soldiers, created more than a million new refugees, traumatized untold numbers of children, brought financial ruin upon masses of innocent people (including his own), laid waste to buildings and infrastructure in the hope of someday occupying the wreckage, and threatened not only a third world war but the possibility of nuclear catastrophe. …

This is Stink on steroids.

When we feel so deeply the suffering of others, and can do so little to prevent or remedy it, such awful Stink can overwhelm us with anxiety and grief. If we’re to carry on the difficult work of caring for this wounded planet, we might need to desensitize our sniffers. At the very least, we need to protect them from the reek.

And I don’t mean by holding our noses!

Ever chopped an onion? Best not to breathe through your nose, right? Otherwise, you’ll soon be crying. So many tears will fill your eyes, you’ll have to lay down your knife and leave the kitchen.

This is a type of “tactical breathing.” With a little practice, it becomes a new kitchen skill.

Metaphorically speaking, it can also become a life skill for surviving periods of The Big Stink.

Here are a few tactical breathing tips that can help us through The Big Stink:

No, I’ve gotten that wrong.

Photo by freestocks on Unsplash