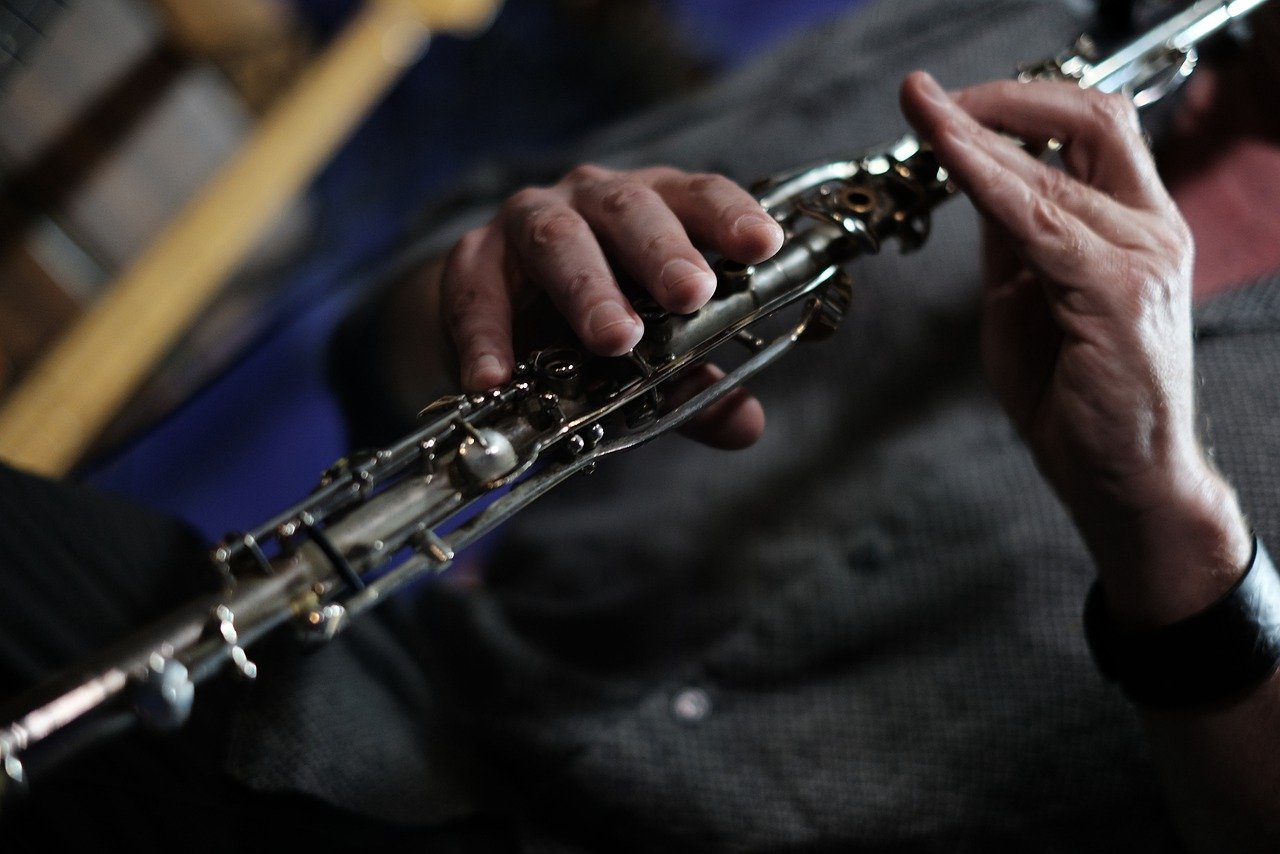 “The Clarinet in the Attic”

Pat and Peter went together to the doctor’s appointment. In their eighties, they’d been married over sixty years. Pat was a poet; Peter, a retired minister.

The specialist confirmed an earlier diagnosis: Peter was suffering from dementia, cause unknown. Some “accident in the brain” was robbing him of his short-term memory. Every ten or fifteen minutes, his mind would reboot, and he lost all recollection of what he’d experienced in that short span of time—what he’d done, what he’d said, what he’d heard, where he’d gone, whom he’d met. His long-term memory remained intact, along with his sweet and gracious personality, his intelligence and dry wit, his devotion to peace and justice-making, his love of Pat and their family. But he was living now in a radical present, with no continuity of awareness from one quarter-hour to the next. He could no longer meaningfully build upon the past or anticipate the future.

The moment he arrived home from the doctor’s office, Peter climbed up into the attic and rummaged around for his old clarinet. Born into a musical family, he’d been a skilled clarinetist in his youth, but he hadn’t played in the many decades since.

Instrument case in hand, he closed the door behind him in the little room he used as a study. He set up a music stand, sat down in his chair, and assembled the clarinet. It would need refurbishing, but for now, it would do.

He leaned into his music. Playing again was remarkably easy, as if the instrument were a friend he’d met for coffee every day of his life. He practiced that afternoon for hours, without realizing. In his world, clocks no longer mattered. For the first time in months, he had something purposeful to work on.

Elsewhere in the house, Pat marveled, having never heard him play. She relaxed, listening to his music, happy not only for him, but for herself. So long as he was playing, she knew exactly where he was and what he was up to. She didn’t have to worry. She could even write poems.

Over the next couple of years. Peter’s dementia deepened, even as his skill on the clarinet increased, assisted by a private teacher who came to the house. Peter couldn’t remember the man from one lesson to the next, but he sensed a familiarity with him and enjoyed his company. Pat continued to publish poetry, all the while caring for Peter and struggling with chronic complications from a broken hip.

Pat’s health steadily declined until she and Peter finally had to move into an elder care facility. Peter’s clarinet made the move with them, but it lay untouched in its case. Perhaps he gave up the instrument because of his dementia. Perhaps he was too shy to play where strangers would hear him. Perhaps he was so stimulated by his strange environment that he couldn’t concentrate on his music. Nobody could say for sure.

Refusing to separate from Peter, Pat insisted on living with him in the dementia care unit. Over the course of months, micro-strokes robbed her of her ability to write poetry, to read, to reason—to do most everything that made her who she magnificently was.

In Pat’s last days, the medical staff had to isolate her in a private room to save her from Peter. He was always unplugging her medical equipment or switching off the power. The staff said he didn’t know any better. I have to wonder.

When Pat finally passed from this life, Peter wasn’t with her. On the advice of the staff, the family spared him the knowledge of her death, which he’d never be able to remember. He didn’t participate in the celebration of her life. He didn’t attend her burial. He never asked where she was. He didn’t seem to notice she was gone.

Yet the very day after his beloved wife was laid to rest, Peter took out his clarinet and began to play for the first time since he and Pat had left their yellow frame house on McClellan Street.

Today Peter has a new roommate, a naturalized citizen who speaks no English. They get along just fine. Peter’s music serves as a bridge between them. And Peter plays clarinet not only for his roommate, but for every resident in his unit—”all of [them] passengers,” Peter believes, quite literally, “on the same train.” They adore his playing, and this humble man who had always closeted himself in his study to practice doesn’t hesitate to perform for them.

When Peter first dug out his dusty clarinet from the attic, he needed consolation after a terrible diagnosis. He brought it out again after losing the woman he loved.

This is a love story: between Pat and Peter, between Peter and his clarinet. It nudges us to reach inward, to tap into our creative self, when we’re rocked by bad news or going through a tough patch. Doing so helps to restore balance in our wounded spirits. It might also help people all around us who likewise are feeling unsteady.

Do you have a clarinet waiting in the attic of your life? I suspect you do. I invite you to take it down. Be brave enough to play, for consolation, if only behind a closed door.