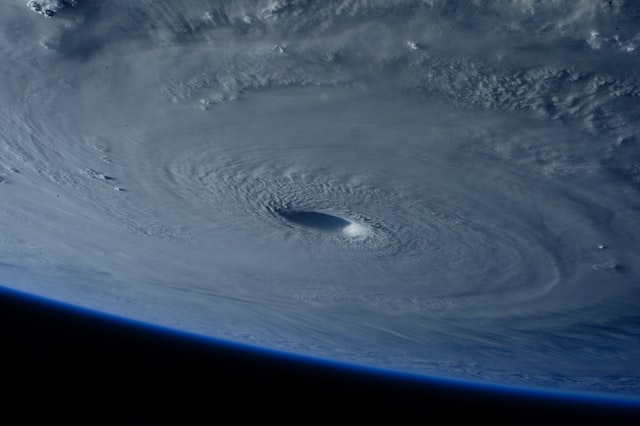 The Naughty House—and Other Stories We Tell

By Phyllis Cole-DaiOctober 2, 2022No Comments

This morning I delivered Jihong to the Sioux Falls airport, an hour south of us, for the first leg of an overseas business trip.

As he’d prepared to leave home, a strange sequence of problems bedeviled our household appliances:

This isn’t the first time this sort of craziness has happened. I swear our house is fully aware of my deficiencies as Mrs. Fixit. Whenever Jihong goes away for a few days, it starts acting like a rowdy teenager left home all alone: “Let’s see what mischief I can make!”

Yes, I think I’ll blame all our mechanical troubles on the naughtiness of the house.

But maybe I should blame them instead on “Mercury retrograde.” According to my astrologically attuned friends, that’s when the planet Mercury appears to travel backward across the sky. It’s an optical illusion. Yet I’m told that during such periods, computers and coffeemakers and hot water heaters tend to crash, fizzle, and burn. (Relationships, too, I hear.)

Guess what? As I write, we are indeed in Mercury retrograde—for one more day. Aren’t you glad it will be over by the time you read this?

“Death comes in threes.” That’s what my mother believes. Whenever she learns that an acquaintance has died, she starts watching for a second death, then a third, in quick succession.

On average, two people on this planet die every second, so spotting three closely-timed deaths is a snap. However, when you count deaths in threes, the deaths of strangers don’t count.

The belief that death comes in threes, like the view that Mercury retrograde wreaks havoc, and like my joke that our house turns impish whenever Jihong travels, are all instances of a very human impulse: We like to assign a mysterious (even cosmic) cause to clusters of misfortune.

We especially prefer explanations that put clear limits on our pain and hardship. Notice: Death comes in threes, not in thousands. Mercury retrograde occurs only a few times a year, not every week. As for my house, it will start behaving itself once my hubby gets home from Switzerland. (Only nine more days to go.) All very manageable, right?

Sometimes we’re struck by the truly terrible. Just ask those whose lives have been devastated by September’s hurricanes—most recently, Ian. Such events are not “clusters of misfortune.” They’re catastrophes. They feel apocalyptic.

Maybe, for these hurricanes, we should blame Mercury retrograde. Or Mother Nature. Or the forces of evil. Or the will of God. Or fate.

We’re used to playing this kind of blame game. Somehow the act of blaming provides catharsis. Beyond that emotional release, we may also believe that the Powers, having seen us well enough to afflict us, may also yet decide to save us, if we lay our suffering at their feet.

But blaming the Powers can lock us into a story that’s hard to climb out of. In that story, we’re not really responsible for who we are and what we do in this life; we’re just being blown around by forces beyond our control.

Do we really want to be characters in that storyline?

We can’t escape troubles in this life. But as Holocaust survivor Viktor Frankl eloquently reminded us, so long as we’re here and have our wits, we have a glorious gift: “Everything can be taken from [us] but one thing: the last of the human freedoms—to choose one’s attitude in any given set of circumstances.”

When we’re going through a tough patch, we can ask, “How can I work creatively with this? How can I respond to it from my true spot instead of being carried off by a tidal wave of emotions? What can I learn?”

In short, instead of blaming, we can choose becoming.

If death does come in threes, we don’t have to keep an eye peeled for them. If Mercury retrograde does make our lives messy, we don’t have to sit back and gripe about the mess. If the house does choose to fall apart when I’m home alone, I can call the plumber or the electrician. Heck, I can even pick up my own hammer and wrench.

As for hurricanes . . . personally, I’ve never survived one. Not even close. But I’ve survived despair. I know in my bones what it feels like to want—even need—someone to blame. Someone to shake my fist at. Someone to scream at.

That’s when I try to remember the gift that’s wrapped around my being alive: the ability, in any situation, to choose becoming over blaming.

Remembering that, I start to smile a little. Eventually, I can even laugh. Sure, it’s easier to do that when I have enough money and resources and know-how and help to do whatever needs to be done. Still, in my experience, laughter is always possible. Always. It springs from our joy in being alive—and in being able to create, moment by moment, the kind of person we want to be.

Now, if you’ll excuse me, I’ve got to go get a screwdriver. The antique knob on my closet door just dropped with a hard clatter on the hardwood floor.

Photo by NASA on Unsplash 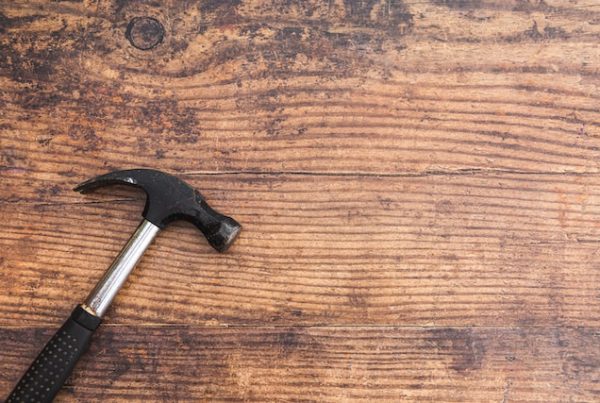 Lay the Hammer Down