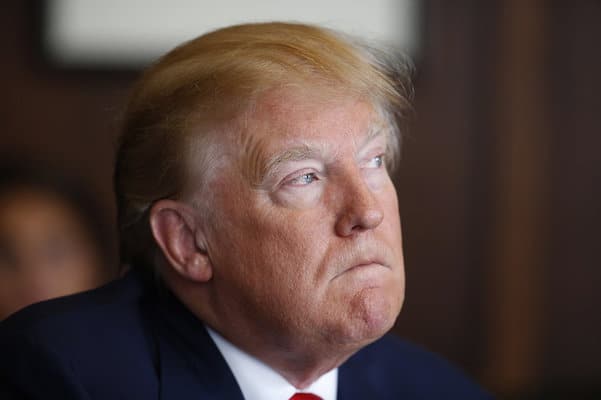 This Is a Test: How Sharp Is Your Pencil?

[This is a copy of a speak-out I submitted to the Brookings (SD) Register. It was published on March 15, 2016. Corrections made on March 16.]

The other night I was cooking supper with my son Nathan, a seventh-grader at Mickelson Middle School. Out of the blue, standing at the stove, he asked, “Mom, what will happen to our family if Donald Trump is elected president?”

I wish you could have heard the tone of his voice, so sober and grim for a thirteen-year-old. His question was rooted in the ugliness of Mr. Trump’s campaign rhetoric and behavior, his relentless verbal attacks on people he resents, and his constant whipping up of supporters to verbally and sometimes physically assault anybody who disagrees with him.

Now, to be clear, I’m not meaning to imply either that Mr. Trump is a Nazi or that anyone who supports him is in full agreement with his most bigoted views. Nor am I meaning to dismiss out-of-hand the grievances and concerns of the many disaffected citizens who are carrying the Trump crusade forward. I’m merely observing the obvious: Though it might be well intended, Mr. Trump’s “shock and awe” campaign is doing serious damage to our society. Whether or not he’s actually elected, that damage won’t soon be undone. And it will be up to us to undo it. Plainly Mr. Trump couldn’t care less.

“The ultimate test of a moral society,” wrote a contemporary of Niemöller‘s, the Reverend Dietrich Bonhoeffer, executed by Hitler, “is the kind of world that it leaves to its children.” But what is Mr. Trump’s vision for my child, and yours? Or for X.—my son’s friend and classmate, born of immigrant parents—called an ugly racist slur at school the day after Nathan and I had our talk? Mr. Trump’s “vision” is on daily display. If a teacher ever acted like him in a Brookings classroom, we would demand his removal. So why are we considering him as our country’s leader?

This “Trump moment” is a test of our political democracy and our moral society. Are we really a nation where everyone has the “right to life, liberty and the pursuit of happiness?” Where every child can feel safe, because everybody’s safe, and nobody’s “coming for” or “going after” somebody else? Where we won’t tolerate bullying, whether in our schools or in our politics, no matter what the bully might stand for? Now that, in my opinion, would be a great America.

Sharpen your pencil, and take a deep breath. For the sake of our children, this is a test we’ve got to pass. Better yet, let’s shoot for an “A.”